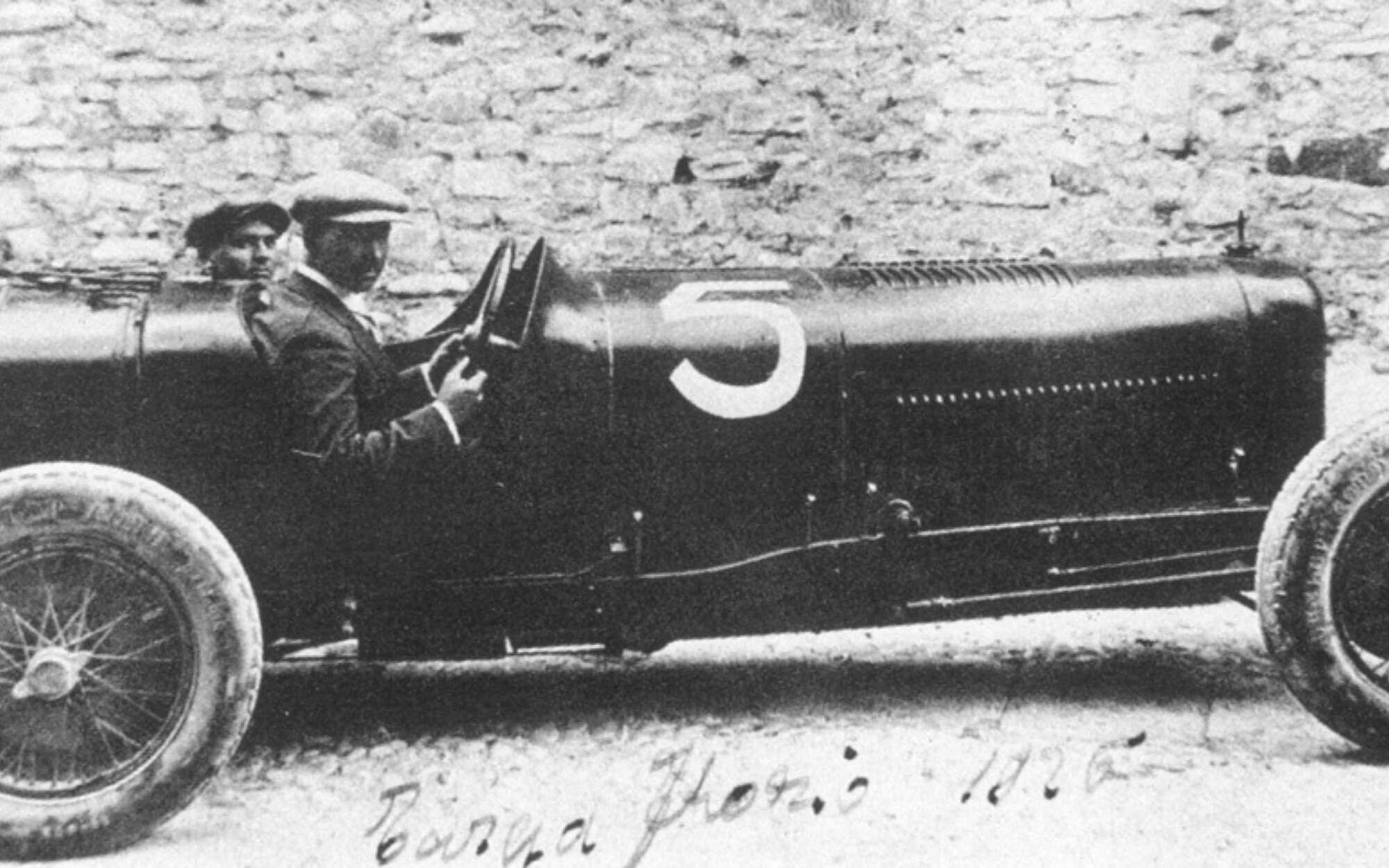 The Tipo26 is the first Maserati to bring home a victory for the brand.

On April 25, 1926, 95 years ago, the first racing car to bear the Trident on its bonnet, the Tipo26, won the 1,500 cc class at the Targa Florio. Assisted by the young Guerino Bertocchi, Alfieri Maserati drove his car to eighth place, with the overall victory going to a Bugatti Type 35.

The Targa Florio was no mean feat with five laps x 108 km resulting in a whopping total of 540 km against the clock, the terrain, stray dogs, competitors. The individual start for the 34 cars began at 7:00 AM in order of their race numbers. At 7:12, early in the morning, the equipe started their long day. They drove for 8h37m11.0s, reaching an average speed of 62.6 km/h. That day, the favourite and two times winner Masetti with a Delage crashed on his first lap when his car overturned at kilometre 27, in a corner. He died on the scene. It didn't help that he was carrying #13 on the car.

The photo with the group posing next to the car was taken on April 14, 1926, 11 days before the race. It shows the first Maserati, Tipo26 entered as #5 in the Targa Florio. From right to left: Alfieri Maserati (driver, constructor), Emilio Materassi (driver), Guerino Bertocchi (riding mechanic, 4th from right), Ettore Maserati (constructor, 8th from right).