Marc has been passionate about Maseratis since his father who was successively CEO of Citroen in Sweden, Portugal and Germany, brought Maseratis home when he was a child during the 1968-1975 era. Marc is the author of the book "Maserati, the Citroen years" primarily on the Maseratis of that era, the SM, the Ligier Maseratis, it was book of the month in numerous publications and now sold out. He has written many Maserati history articles since 1992, is the first journalist ever to drive a Maserati Tipo 151, the only one left owned by the Auriana collection, in September 2018 in the USA for an Octane magazine feature. He organized KHAMSIN QUARANTA in 2012 with 27 Khamsins including the prototype, Marcello Gandini in person and Ermanno Cozza and Fabio Collina attending officially for Concours judging. He also created the Maserati Khamsin Registry in 2004 and with a lot of help and work has gathered data on about 345 of the 430 cars built. 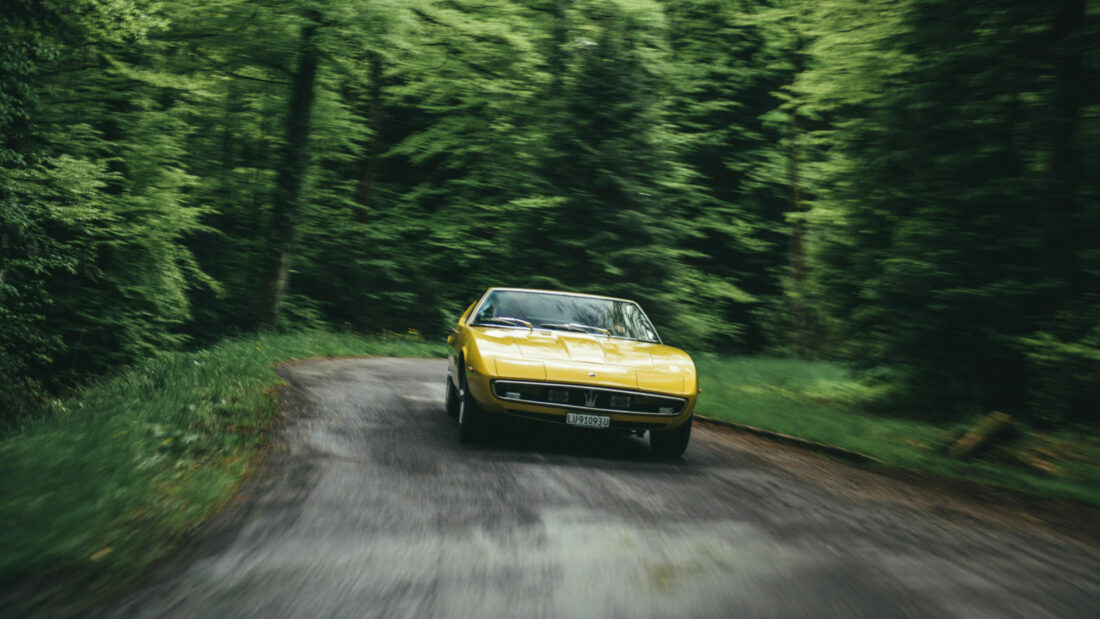 Rutger-Jan Cleiren is a photographer and cinematographer born in Belgium with a love for everything on wheels. Both his parents were illustrators and he inherited his view on aesthetics and beauty from them. Grandfather, uncle and father were all canvas artists. When he realized that he could never put more on paper than just silly doodles, he tried to find his own creative outlet. At the age of 15, he bought his first camera from the resources of juggling 2 paper routes. Over the years, Cleiren has travelled around the world and has worked on many challenging productions. One of these was working for Jerry Seinfeld and his amazing ‘Comedians in Cars Getting Coffee’ as a camera operator and assistant camera in 2014. Not afraid of taking on a challenge, this work-ethic contributed to Rutger-Jan becoming the Director of Photography of ‘The Prism’, a 360 VR short. His work as a cinematographer got featured on channels like NBC and CBS and got shortlisted for the London Motor Film Festival and Court métrage at the Cannes Film Festival. Supported by a great team, he won ‘Best Cinematography’ for short fil Takhil in 2016. Together with Don Deckers, he founded BRUUT in 2014, with the mission of creating daring films together with the best in the field.

Antwerp based filmmaker Kasper Mols started making short films and commercials singly as a freelancer. With the establishment of BRUUT collective, Kasper was able to focus on what he is most passionate about, directing. In his films, Kasper likes to tangle out-of-this-world situations and stories, yet realistically capturing the essence of the characters. Over the years Kasper has combined his passion for music and film in several music videos and short films, resulting in projects like ‘To Forget’ and ‘Zero’. His main pursuits next to directing are writing, animation, music and sound design. Building up to the experience on all kinds of small and big productions, Kasper has promised himself to keep growing and ultimately produce the best content possible.

Onno Hesselink is the co-founder of LUON, a customer relationship marketing agency in Belgium. As a creative director and managing partner, he is responsible for maintaining the high-level creative output of the company. Before he started LUON, he worked as an independent designer since he obtained his Master’s Degree in Arts in 1991. LUON is now part of the Intracto network, a group of +600 marketing professionals in Belgium and Holland. Onno graduated from the Sint Lukas Institute Brussels with a specialisation in Etching and Linocuts. He is an early adopter of computer graphics and he has a very wide and in-depth knowledge of both printed and digital marketing as well as a deep understanding of visual storytelling and video. He is passionate about classic Maserati and he owns and drives a few. He is an active member of the Maserati club Maseratisti Fiamminghi. He is a writer, designer and publisher of Trident, the Belgian Maserati club magazine and of Alfieri magazine, the independent magazine for and by Maserati enthusiasts.

We are grateful to work with these wonderful people

All rights reserved. No part of this publication may be reproduced, stored in a retrieval system, or transmitted, in any form or by any means, electronic, mechanical, photocopying, recording or otherwise, without written permission of the publisher.