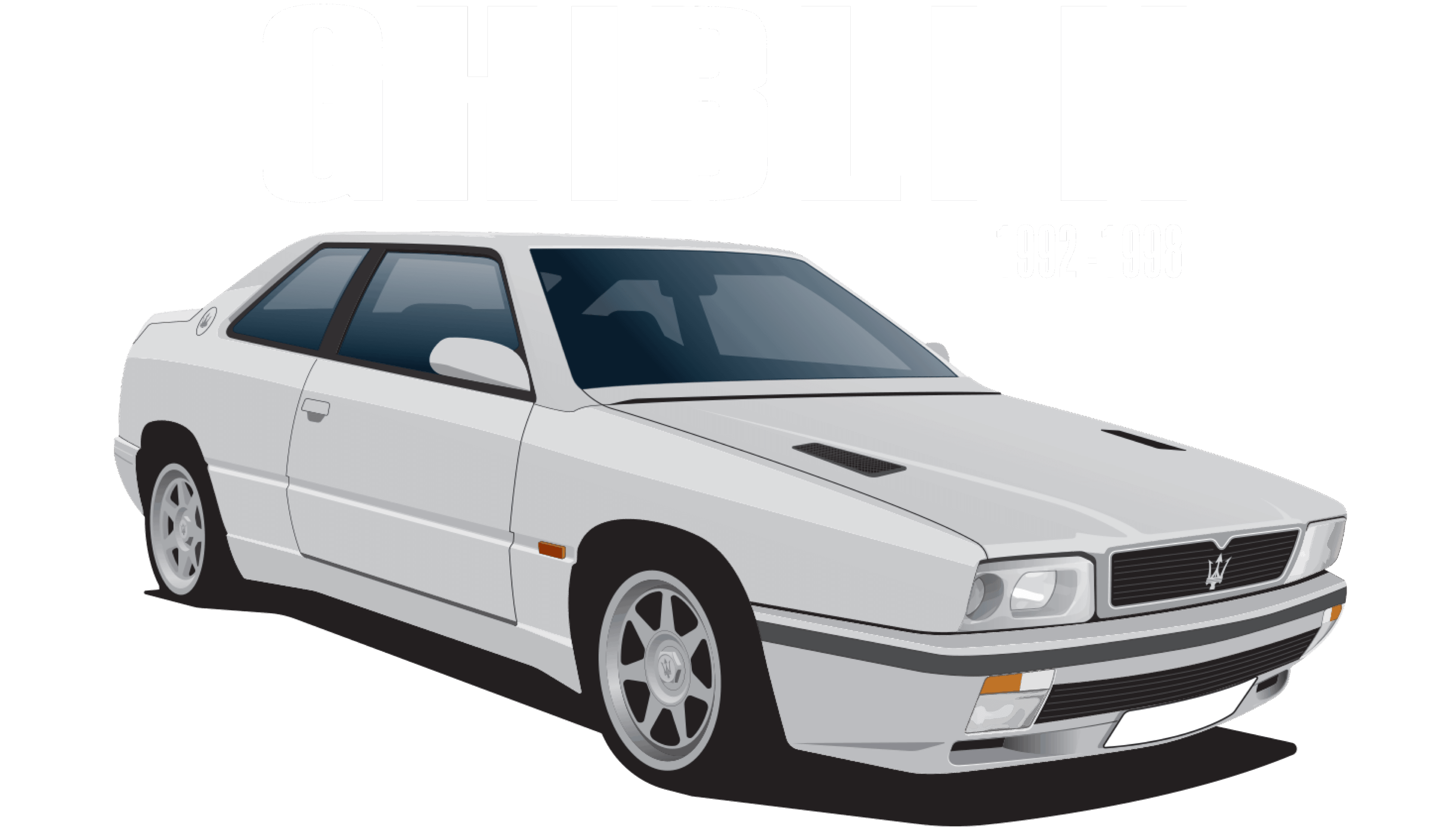 The Ghibli II, made to improve Maserati's prestige.

After 13 years of loyal service, the Biturbo's career slowly drew to a close between 1992 and 1994. To replace Pierangelo Andreani's designs, Alejandro De Tomaso picked a design by Marcello Gandini. This design was delivered only a few months after the Shamal came into existence, and like that car, the initial study had slanted rear wheel arches. De Tomaso rejected this detail though the new Ghibli still appears to be a big Shamal in many ways. The track width between the two wheels is increased by 6 cm compared to Andreani's Biturbo, ensuring better stability. The wings are very rounded, the doors a little inward. The trunk is very high, like on the Shamal, and the rear window is positioned a bit more horizontal.

The prestigious name "Ghibli" is an unmistakable part of Maserati history. And to call this "bodybuilt muscle car" of the 90s by the same name was without a doubt inappropriate. But Alejandro De Tomaso needed to improve his new products' prestige as much as possible. Once more, the company's very survival was at stake, and, despite accusations of "name spoofing", the chunky little girl skilled in bodybuilding with her broad shoulders and hips carried the same badge as her grandmother in the 60s and 70s, back when she was positively a model. A big contrast to the finesse of 1966! However, despite the difference in the design concept, Ghibli II lived up to its noble name through its superior dynamic behaviour.
The highpoint of the Ghibli II came with the 'Selenia Ghibli Open Cup' series, which was a single-make championship that ran for two seasons, 1995 and 1996.

There were two special series of Ghibli II: the Cup, a "Stradale" version of the racing Open Cup, and the Primatist, born to celebrate the water speed record set in 1996 by the boat Primatist (216 km/h average over one kilometre, 229 km/h peak) equipped with a Ghibli Open Cup engine. 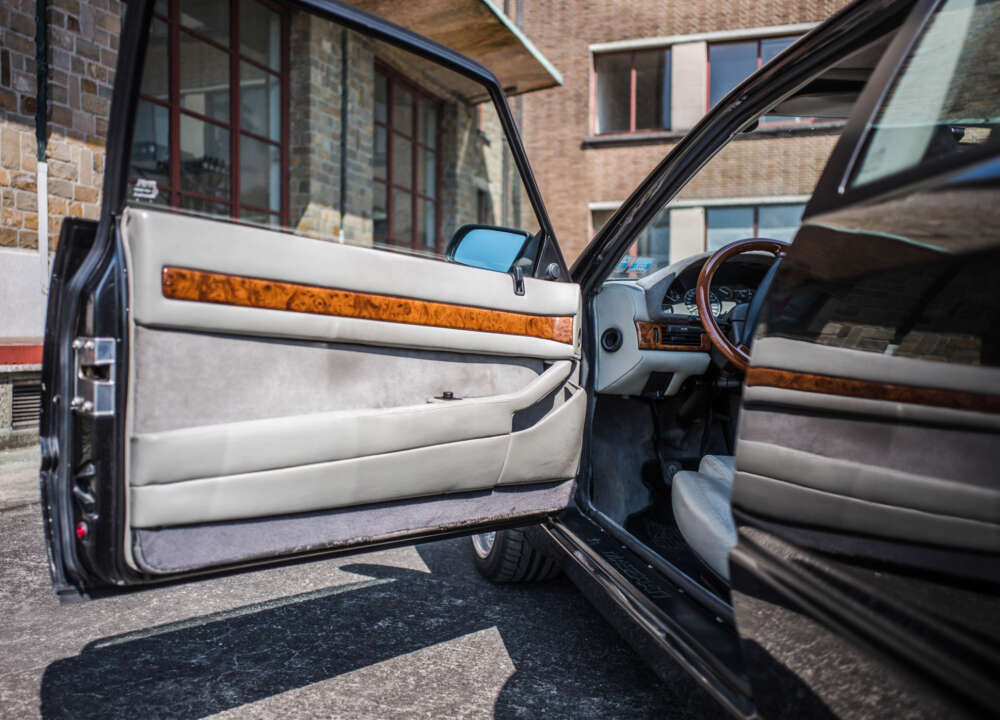 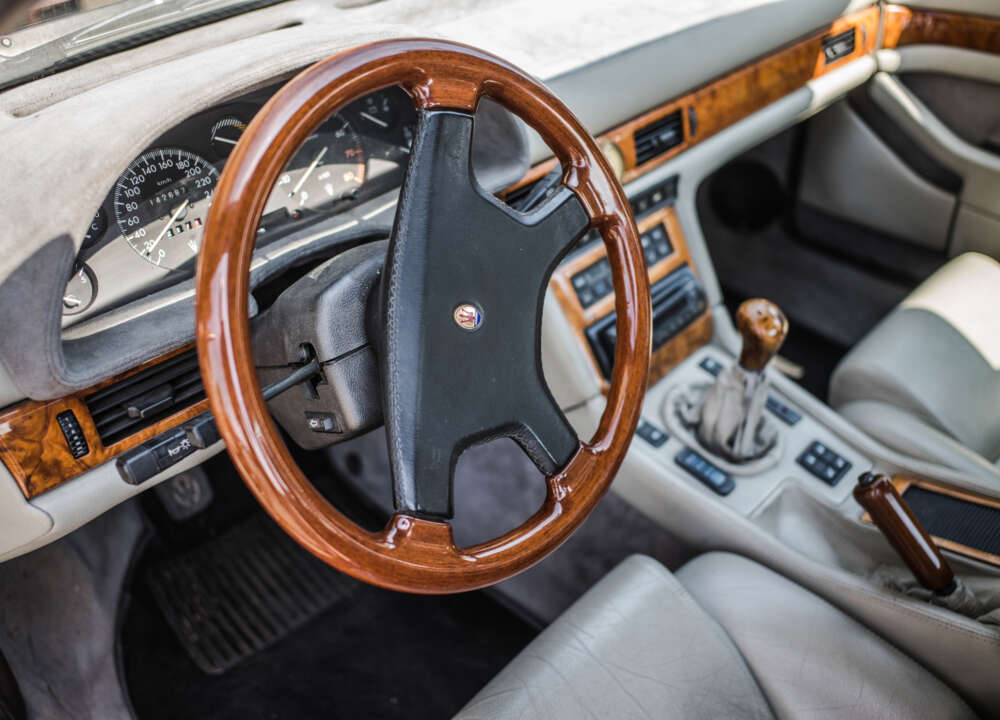 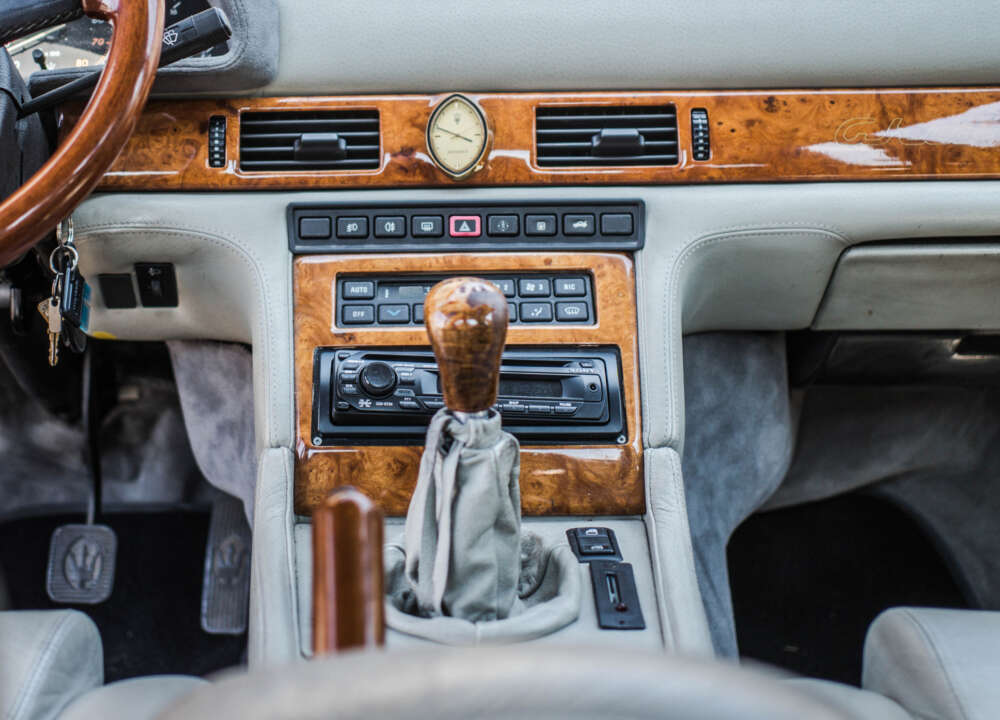 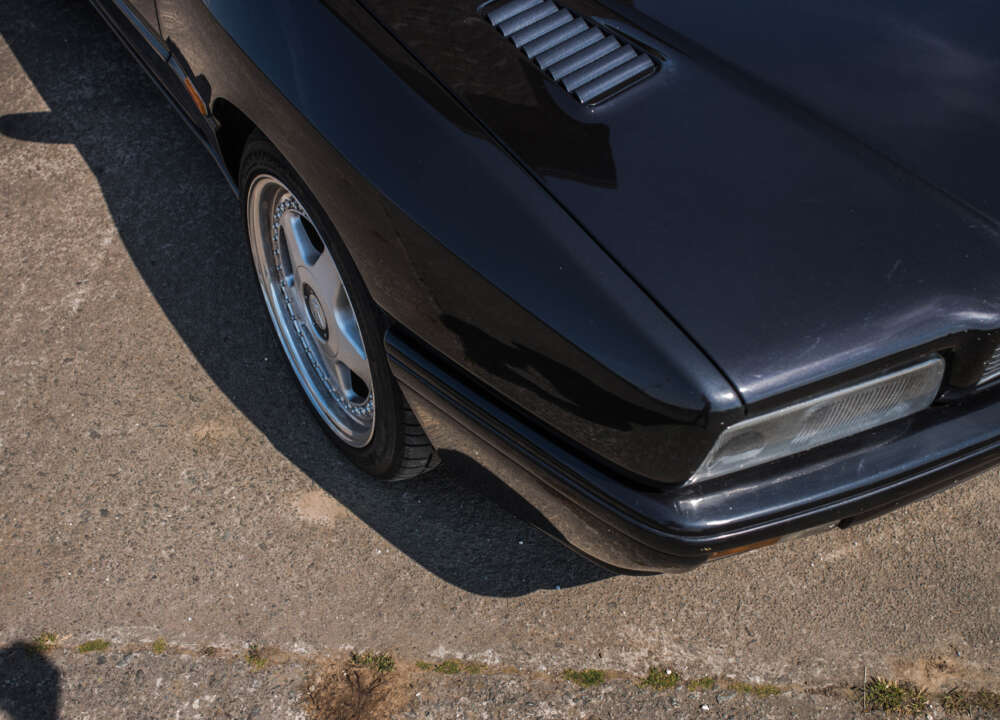 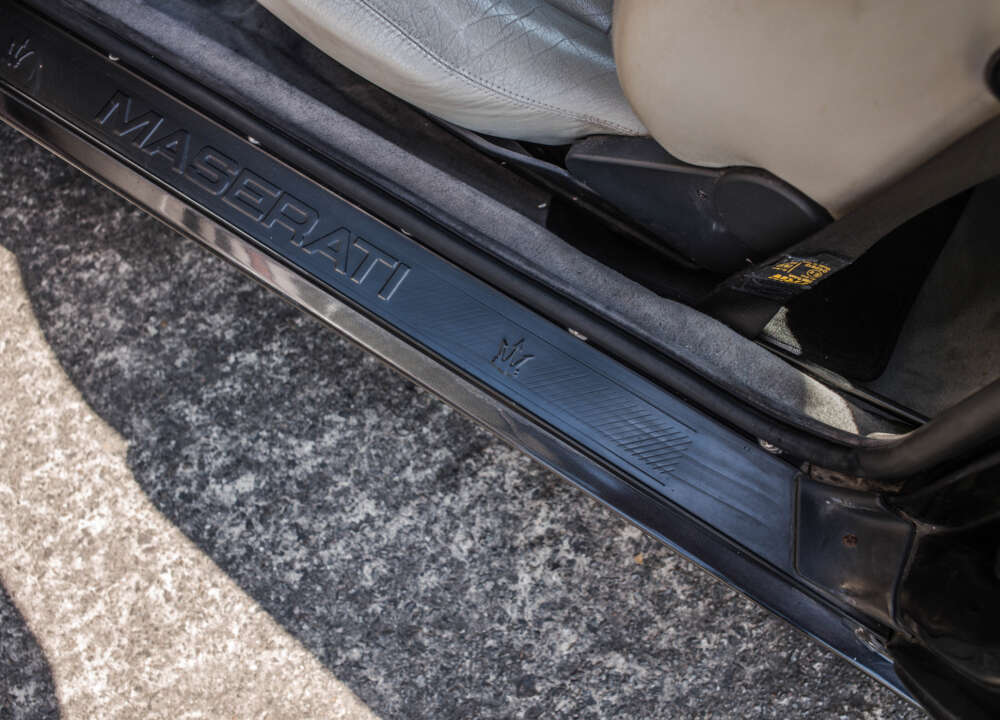 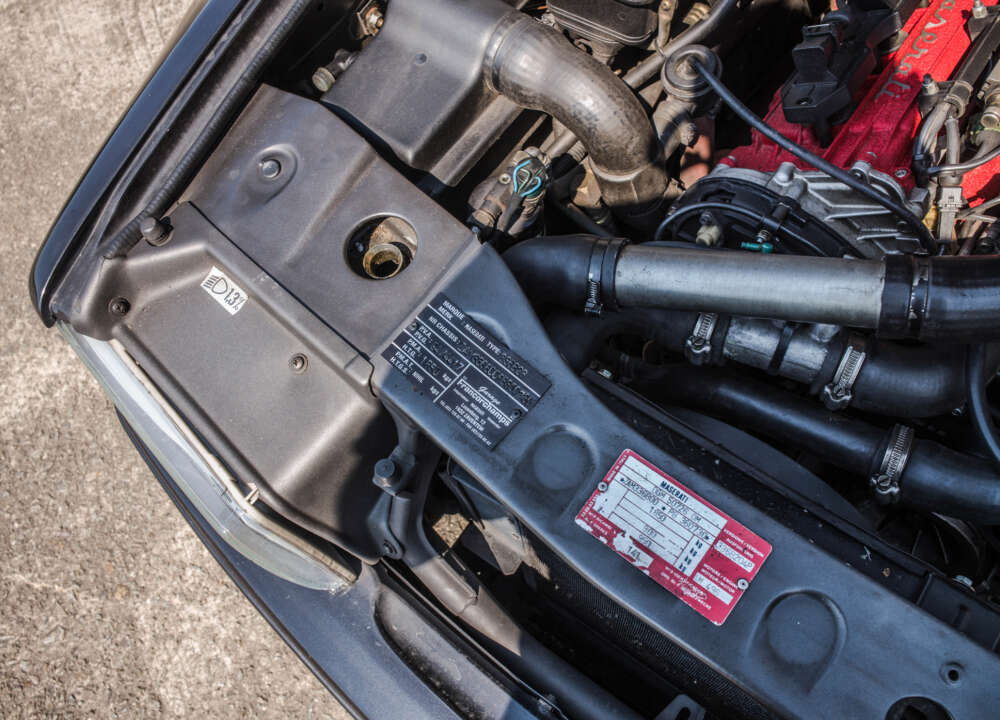 The air intakes under the fog lights were used by the air intake/intercoolers, which were positioned very low and to the side, further optimizing the cooling of the air.

One of the main competitors of the Ghibli II was the BMW M3 with its near perfection. A logical but conventional choice. For anyone who loves risk and beautiful cars, the Maserati Ghibli represents an original possibility that comes with solid performances. But you should not expect to find the rigour of that of the German in the behaviour of the Italian.

The differences are mainly subjective at this esoteric level. The Ghibli has much more soul than the M3, but the BMW is an infinitely more sensible choice. You become involved with the Ghibli on every level, using every nerve of every sense to appreciate its virtues. The M3 is merely a G-creator by comparison. But for some folk, that's just what the doctor ordered. It's interesting that when this car was new, the most common car traded in part exchange by customers buying Ghiblis was the old M3. Kind of says it all.

Credits go to Alido Fongione, Philippe Murari and Andy Heywood for their contributions to this page.
Photography by Onno Hesselink.

Feel free to send info or anecdotes on all Biturbos to info@classichemasters.com.