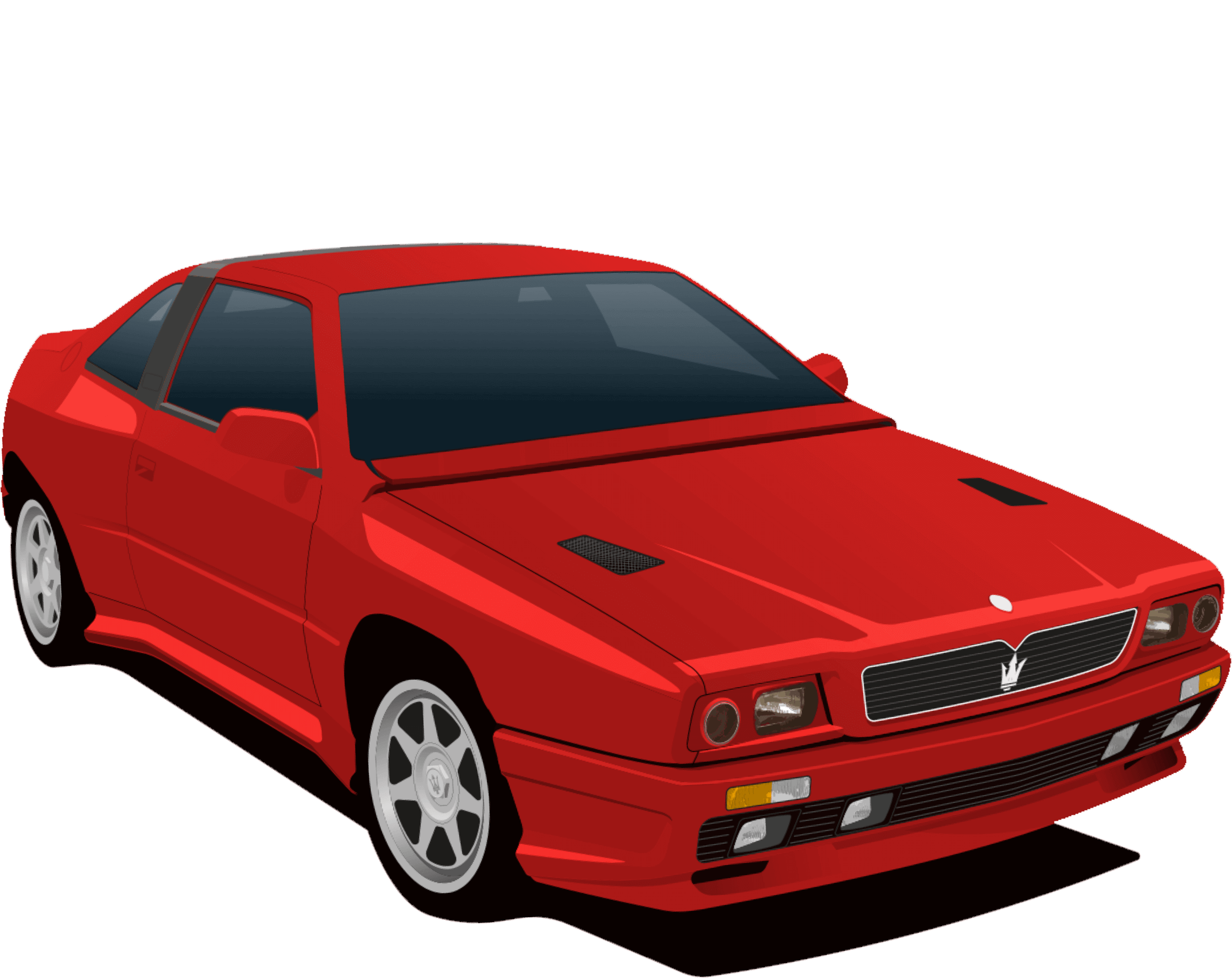 A monster with a desire for prestige, designed by Gandini

In 1989, Alejandro De Tomaso understood that, unlike in 1981, it was necessary to expand the Maserati range upwards. After the Karif, which was only a half-supercar, an absolute dream car was needed to radically exalt the image of Biturbos. Enter the Shamal.

De Tomaso asked the faithful Marcello Gandini to design his compact supercar based on the Karif, but by now, Maserati was penniless, so Gandini was heavily restricted, and the chassis of the Karif had to be strictly preserved with as much of the sheet metal as possible.

Despite this, the brilliant Gandini managed to draw a monster of aggressiveness, the most visually violent of all the Biturbos. The wings of the Shamal were swollen on steroids, the air intakes were plentiful, the waist tightened in the middle of the wheelbase to respect the position of the doors and then hypertrophied again widely. The vertical matt black stripe circled the roof and, most distinctive of all, the oblique cutout of the rear wheel arch - a tribute to the Lamborghini Countach from the start of the designer's career. When you look at this "beast", even nowadays, with its signature front overhang and short wheelbase, it seems like it is going to leap up, devour everything. No less than eight small eyes are spying on you.

This beast is mean, "cattiva, molto cattiva", not beautiful in the classic sense of the word but monstrous, gross, exaggerated. Its artistic value is real, but it is modern art, intellectualized, conceptualized. It is miles away from the smooth, raw, pure, timeless and unmistakable beauty of the 3200 GT, the ultimate Maserati Biturbo by Giugiaro.

Gandini's Shamal requires a wealth of knowledge to appreciate it. You have to be initiated to recognize it as beautiful. An uninformed person may very well be shocked, find it deformed with its angled rear wheel arches, arched rocker panels and bulging fenders. We can scorn Picasso or Boulez, not Renoir or Mozart. The Shamal may displease, not the 3200 GT. But many Maseratisti are absolutely fans of both!

The Shamal was presented in Modena on December 14, 1989, a month after the Berlin Wall fell. 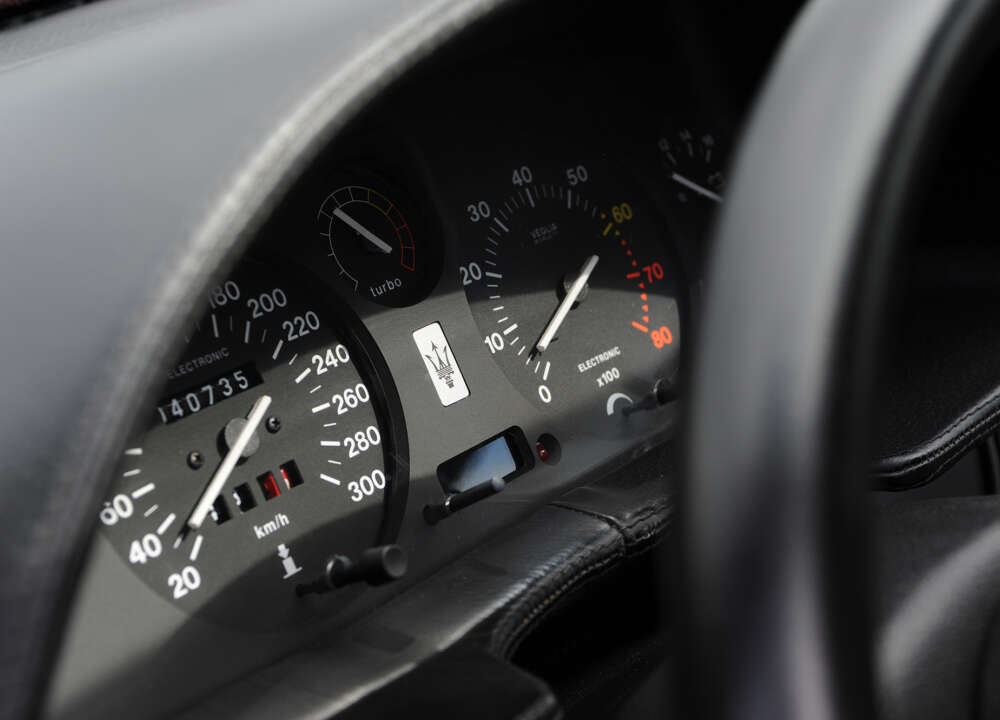 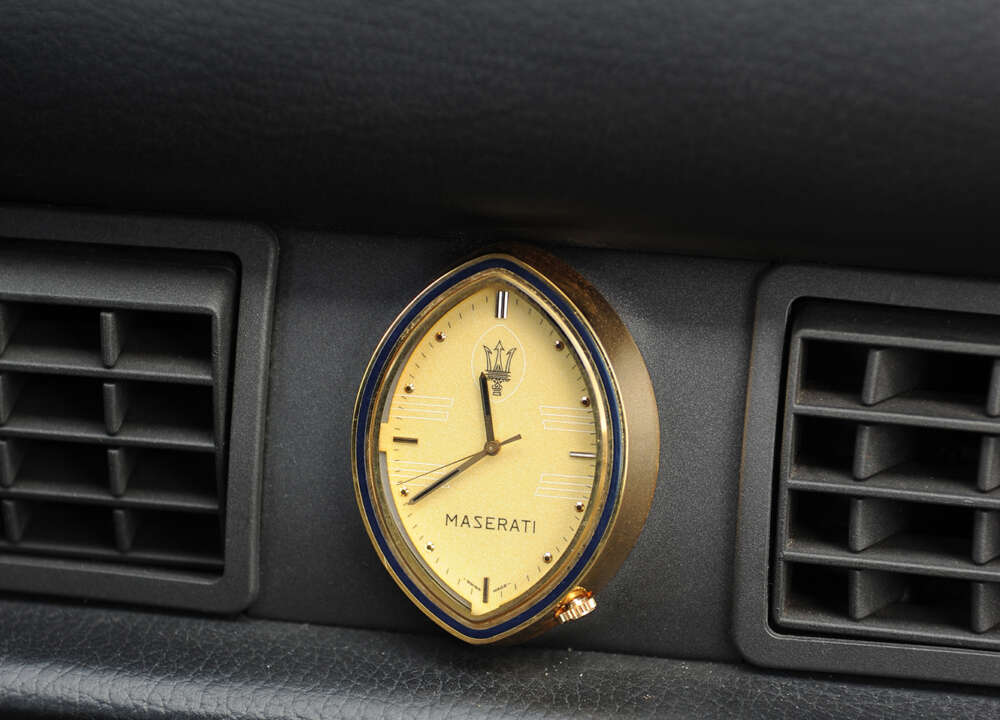 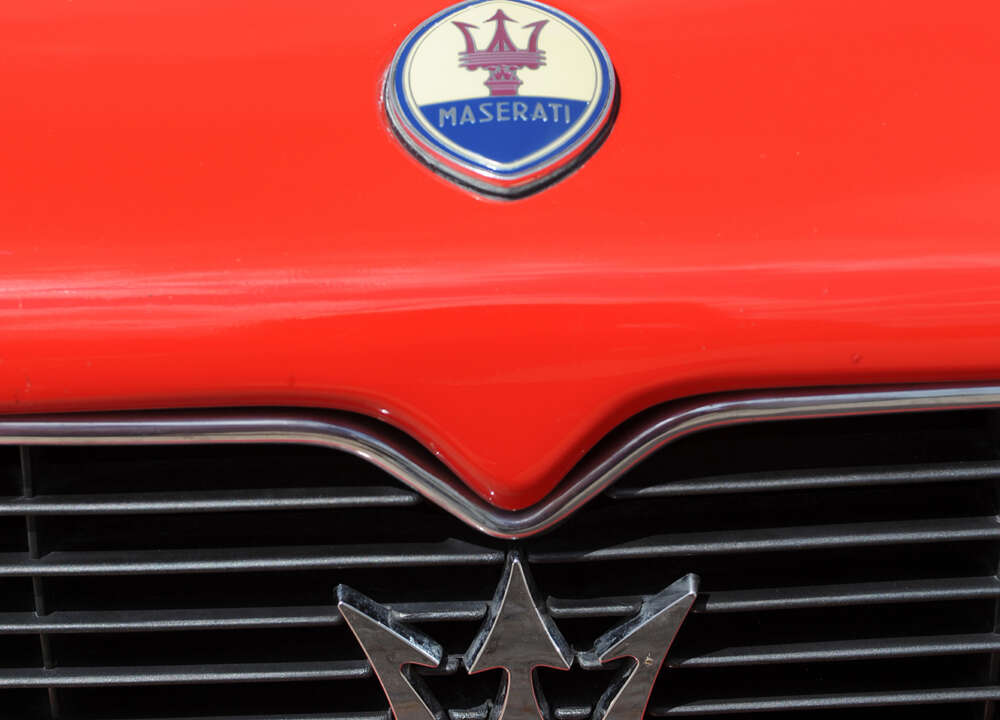 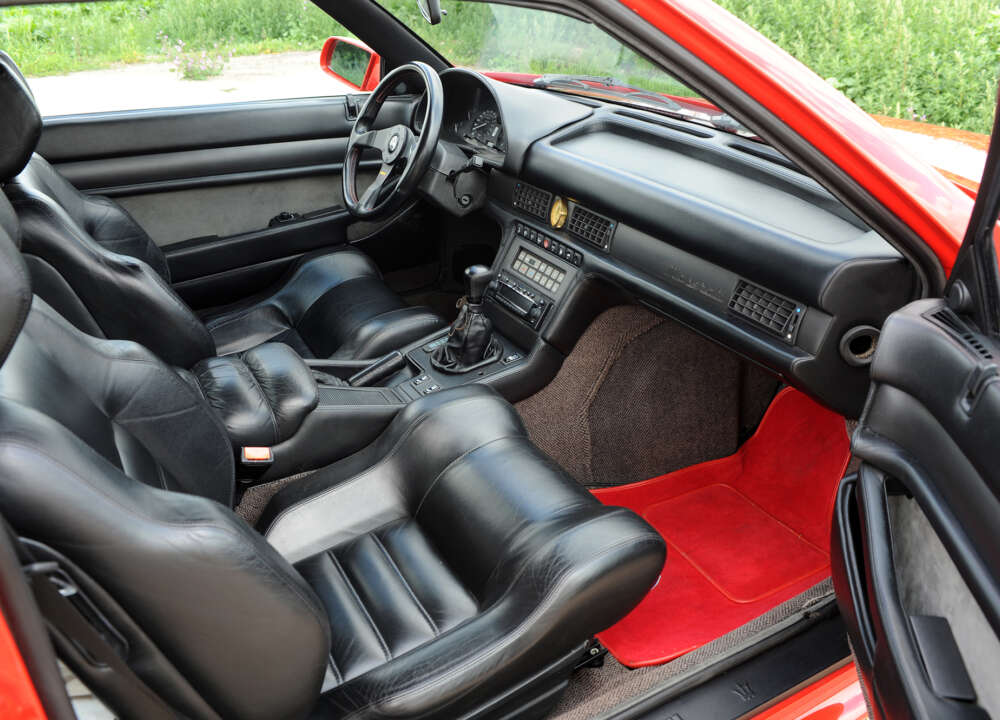 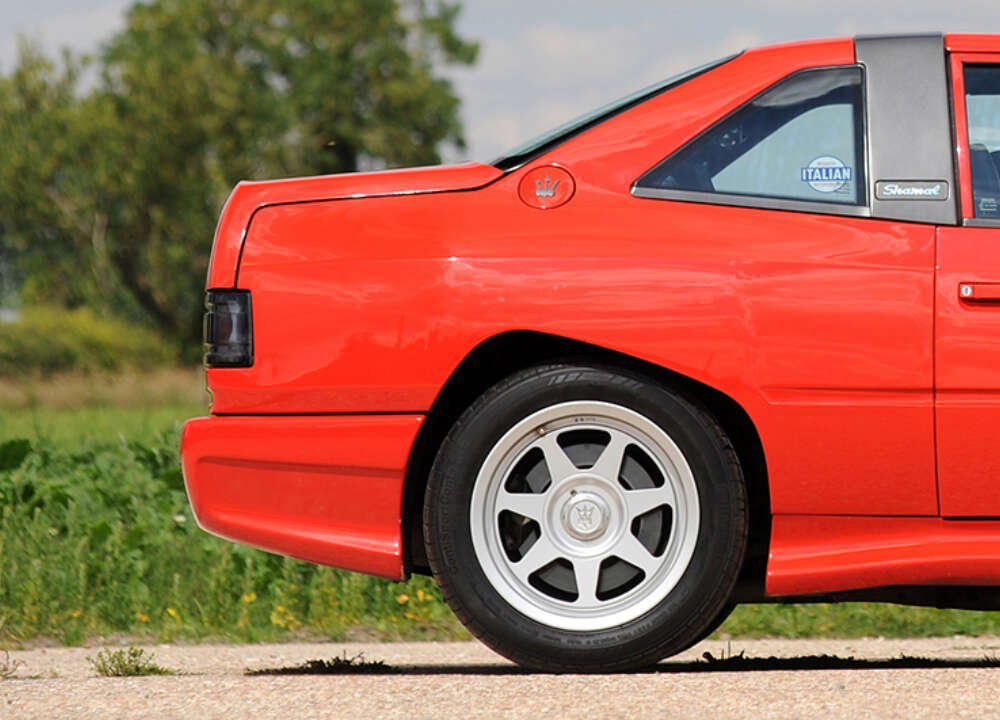 Engine
To motorize his beast, Alejandro De Tomaso pulled out all the stops, despite his delicate finances. He chose to develop a new V8 Biturbo engine. The desire for prestige was evident. The new engine's architecture is precisely that of the 2.24v's 2.0 litre 4 valve V6 with an extra pair of cylinders. But for the first time in the Maserati Biturbo generation, direct ignition without a distributor is used.

Credits go to Alido Fongione, Philippe Murari and Andy Heywood for their contributions to this page.
Photography by Michael Ward.

Feel free to send info or anecdotes on the Shamal or any of the other Biturbos to info@classichemasters.com.