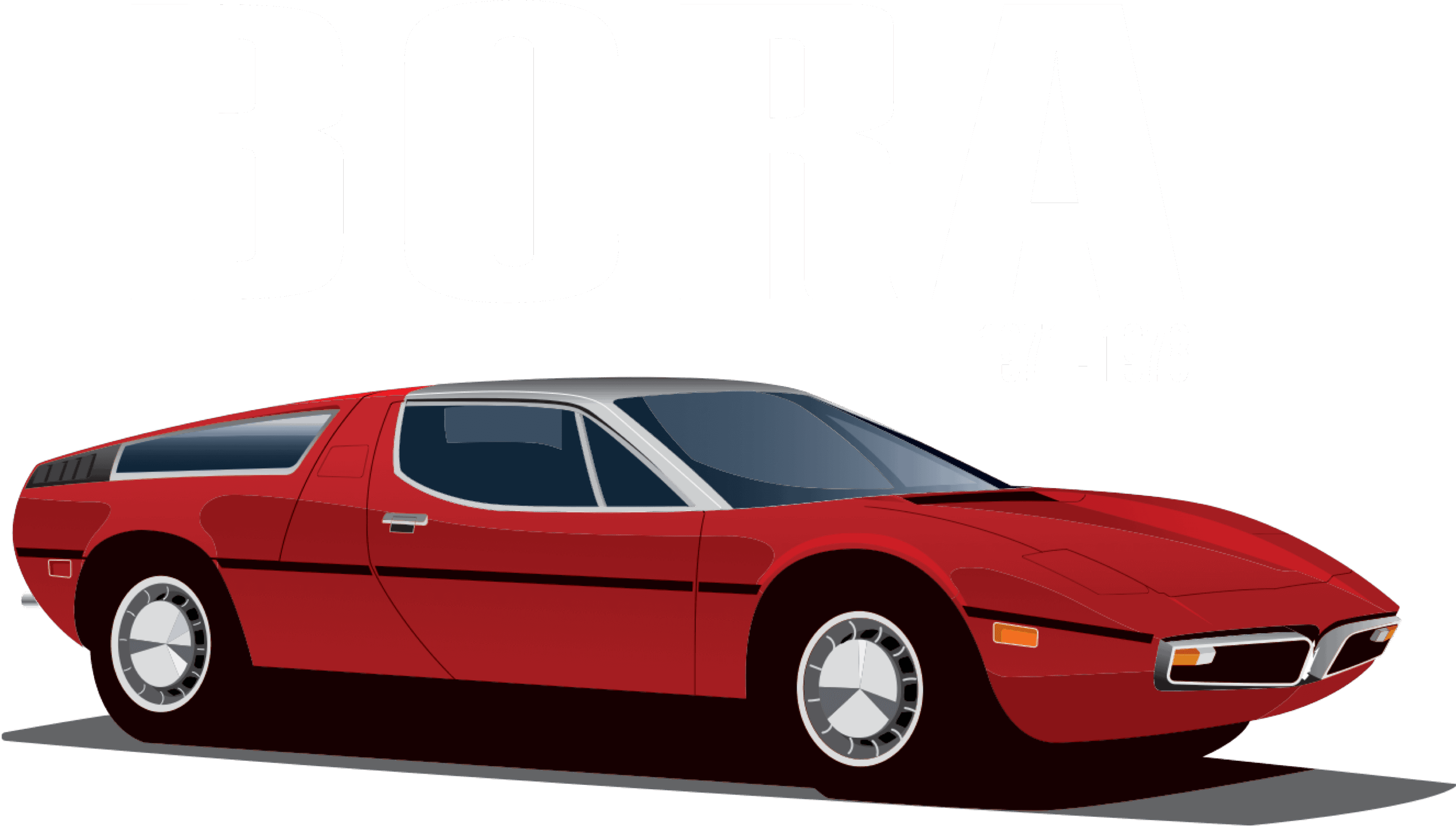 Upon the initiative of French importer Jean Thepenier, two Bora group 4’s were created by the factory which agreed under the condition that it was to be a privateer effort only. The result was very efficient and fast, faster than its competition in Group 4 (Daytonas and Panteras, 911’s) with better non-fading brakes. The car was tested by Paul Frère ( Belgian journalist and racing driver), François Migault in Modena; at Monza and at the SMALL Le Mans Bugatti circuit - Rosinski did his Sport Auto article there.

Alas, it was de Tomaso who cried wolf and pointed out to the CSI (predecessor of the FIA) that Maserati had not reached homologation numbers of 500 cars produced per annum. The CSI refused to homologate the Bora whereas they had turned a blind eye for others - read Ferrari - before. The project was thus stillborn, a tragedy and a travesty. Ironic also as de Tomaso would own Maserati less than three years later. Thepenier kept #3000 the first car but never took delivery of the second, #3001. They were vindicated decades later when one beat a Daytona Group 4 at Vallelunga during a round of the Ferrari Maserati Historic Challenge. Both cars remain in French private collections.

For the sake of being thorough, one Bora raced in UK club races in period, but it was a humble privateer effort without the proper resources to develop and run the car.
Two imposing yet unrelated Group 4 recreations were made in recent years with full chassis body modifications and extremely elaborate engine tuning in the spirit of that era. One in Sweden by Johan Helenius of Competition Motors, with performance figures equalling a Lamborghini Diablo, it has a red livery, was sold and remains in Sweden. The other is in France, was made by Bernard Guenant’s Trident workshop and is lighter than the genuine ones. It is charcoal grey, and he still has it.